An ‘entirely predatory’ GP has been struck off for telling a vulnerable patient he would invest in her business, before wining and dining her then having sex with her at a hotel, a misconduct tribunal heard.

Dr Jaskaran Lidder initially persuaded the women they should go up to a hotel room together after saying he ‘wanted to see her prototypes’.

The hearing found his offer of potential investment gave him ‘leverage’ over the already financially struggling woman, in his ‘pursuit’ of sex with her.

Dr Lidder, who knew his patient was ‘vulnerable, emotionally unstable and in financial difficulty’, then set up monthly payments to ‘cultivate her dependency on him’.

He arranged to meet her at the same hotel for sex on two separate occasions. 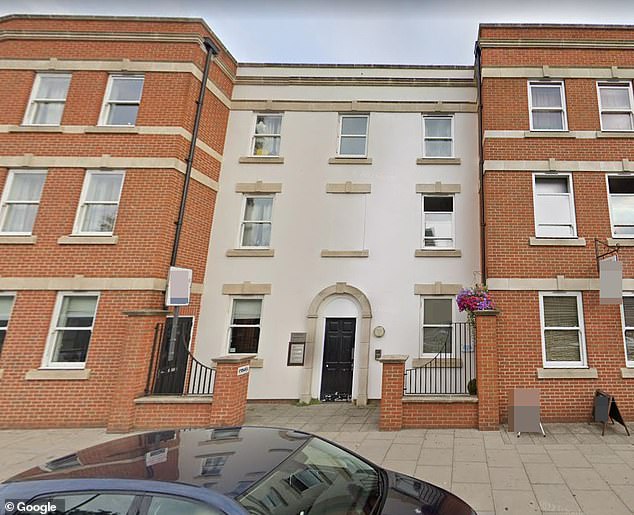 General view of Galen Health Practice in London, where Dr Jaskaran Lidder was a GP

The tribunal found Dr Lidder’s conduct to be in pursuit of a sexually motivated ‘improper’ emotional relationship with the patient, and that he had ‘brought the profession into disrepute’.

He was struck off from the Medical Register in order to maintain public confidence.

The Medical Practitioners Tribunal Service heard that Dr Lidder had qualified as a doctor in 2002.

The events with the woman, known only as Ms A, took place between May 2013 and December 2014. Up until October 2014 he was also her GP at Galen Health practice, London.

The tribunal found, by looking through WhatsApp messages exchanged between the pair, Dr Lidder had shown interest in investing in her business she had launched in 2009.

It was heard that in May 2014, Dr Lidder arranged to meet Ms A at a hotel – who described the situation as ‘cloak and dagger’.

When she arrived at the hotel before dinner there had been no booking under either of their names and Dr Lidder had left the room key at the concierge desk in an envelope.

After dinner, when dropping her back to the hotel, he suggested he come up to her as room as he was ‘interested in seeing her prototypes’.

The tribunal heard that once there Dr Lidder ‘grabbed her’ and they started kissing before having sex.

Afterwards, Ms A said she was left ‘feeling like a prostitute’ as he immediately got dressed and told her he had to leave as he was on call, despite having drunk alcohol that night.

Following their night in the hotel, the tribunal heard Dr Lidder started making monthly payments to Ms A to try to clear her credit card debt – on terms he set.

The tribunal heard she was told to ‘be careful with every penny you earn and spend from now on’ and not use drugs or follow ‘silly’ people.

In December 2014, Dr Lidder arranged to meet Ms A again at the same hotel, again with no formal booking.

The tribunal heard that Ms A agreed as she ‘wanted to know’ if he was still going to invest in her business.

When they met, Ms A told Dr Lidder how she was struggling to lose weight she had put on, and he ‘told’ her to undress.

He then made a number of derogatory remarks, before she ‘ended up’ performing oral sex on him, the panel heard.

Later that month Dr Lidder told Ms A that his circumstances had ‘changed’ and he would no longer be investing in her business.

The tribunal heard that throughout this period Dr Lidder had been aware of Ms A’s financial and mental state, as she told him about her Borderline Personality Disorder. When she told him this, she said he replied it was ‘pretty obvious’.

Dr Lidder’s behaviour was described by GMC counsel as ‘entirely predatory’ over a ‘significant’ period of time.

Tribunal chair Damian Cooper said: ‘The tribunal noted that WhatsApp exchanges, during a lengthy period prior to the May 2014 meeting, cover matters well outside an appropriate doctor-patient relationship.

‘The course of conduct culminated in sexual intercourse at a hotel room, booked in an apparently covert way, in May 2014. Further sexual activity took place at a hotel in December 2014.

‘In the Tribunal’s view, this gave Dr Lidder greater leverage in his pursuit of an emotional and sexual relationship.

‘Dr Lidder did not set out or maintain professional boundaries. Rather than refrain from the flirtatious nature of the texts, he actively engaged in them, and it was he who made arrangements for them to meet in a hotel room in May 2014.

‘He continued to cultivate her dependency on him by implying he would invest in her business and clear her personal debt.

‘It was in no doubt that his conduct fell so far short of the standards of conduct reasonably to be expected of a doctor as to be serious.

The tribunal ruled that Dr Lidder should be erased from the medical register.

Mr Cooper added: ‘[Dr Lidder’s erasure] is the only appropriate and proportionate sanction to protect patients, promote and maintain public confidence in the medical profession, and to uphold proper professional standards and conduct for members of the profession.’